Going to Learning and Teaching conferences can be confusing. And annoying. 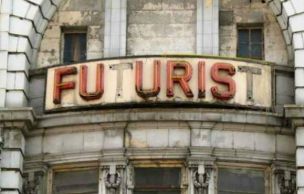 Having spent portions of my time at Philosophy conferences/teaching philosophy and bickering about it (that is, engaged in scholarly debate of  the highest possible standard), I’m used to people being cautious as to what they can claim to know with certainty. People are tentative about over-stretching the implications of their views. Good philosophy papers are exercises in detail, caution, and reflection.

So, imagine poor me at Learning and Teaching (especially e-learning) events, more than a little perplexed by (a) how I came to be there in the first place, and (b) where the hell all these wild predictions and claims are coming from.

To try and clarify on this. (a) – Long story; but I think serendipity was involved. (b) There are certain claims that seem repeated at many of these events, where the audience (some of them, at least) nod sagely, and I think – ‘oh, there must be a consensus on this based on some core research paper, that has been widely tested and agreed’. Only later do I begin to suspect that these are merely plausible, possible, wise-sounding assertions, often repeated but little more.

What kind of thing do I have in mind? We are educating students for jobs that don’t yet exist. This is seen as some of of existential crisis for the educator – more about it shortly. Another is The current generation will have 3 or 4 (or maybe 7 in some versions) careers, where they will re-train entirely at key junctures in the life. Hmm.. I’ll leave that one for another post maybe.

We are educating students for jobs that don’t yet exist. Really? Some change will happen – there are Social Media jobs that I’ve known graduates go on to, that didn’t exist in the 20th Century. But PR jobs did – and they aren’t that radically different. They are roles about writing in restricted formats with reference to tone, style, and the conventions of the medium. What struck me in looking at sites talking about ‘Future Jobs that will exist soon’, such as here and here, was how dull they seemed, how conventional – and actually they already sort-of do exist, just that they’ve been migrated to some faintly new or emerging tech.

Of course, we are amidst rapid technological development – but there have been many such phases before, and the speed of such change is notoriously hard to measure. We have massive periods of change before, and will again, and need to be a little wary here of imagining ourselves into a present that isn’t even likely in the near future. We still have fossil-fuel based power plants, cookers, fridges, shops, money, cheese, and the paraphernalia of life that would be recognisable to visitors from the 1970s. The vast majority of working people have jobs that aren’t impenetrable to us in  their newness, and emperor’s-new-clothes-whoo-big-change/words/fees-consultant jobs have been there since at least the audio-cassette book-club management fads of last century.

Furthermore, Universities fail in their mission if they vocationally train their students in such a way that they cannot handle change, and are narrow in their capabilities. The goal, I always thought, was to help students become flexible, knowledgeable (of course they need content, I’m not sold on the idea that we are just pointers to Google), resilient and resourceful. Graduates, ignoring endless pessimism over ‘young people these days’ are (mostly) smart, capable people. The world will change – and they will respond to it. Of course there should be a debate about to combat the worst effects of pre-University over-specialisation in education, and how to better produce various attributes in graduates from Higher Education institutions – but this future-panic model seems to add nothing of value to that discussion.

A rather good piece at the UK Teaching blog Scenes from the Battleground, calls the ‘jobs that don’t exist’ discourse a myth in their piece on the topic, but does include quote:

Tomorrow’s adults will be faced with problems about the nature of which we can today have no conception. They will have to cope with the jobs not yet invented.

3 thoughts on “Shock News: The future doesn’t exist yet…”